One of the questions I hear most when speaking on behalf of ABII - Brazilian Industrial Internet Association is: "I am aware of the great benefits of Industrial Internet, but HOW can I take advantage and WHERE do I start transforming my business?"

It is important to mention that digital transformation is a process. You do not digitalize an entire business at once. First, I suggest beginning at the most critical process, the well-known bottleneck. It is logical to conclude that if we increase productivity and efficiency at the bottleneck, main benefits of digitalization, or it ceases to be bottleneck, passing this title to another process, or it becomes a wider bottleneck, benefiting the entire chain.

Second, I suggest that digitalization should be initially added concurrent to the current bottleneck process, in such a way that, in the worst-case scenario, everything remains as it currently is. In previous articles we have seen that this is possible, since digitalization can transform old equipment, greatly promoting its use, mainly in countries like Brazil, where the cost of capital made our industrial park obsolete. This non-intrusive transformation brings great comfort to the user and to the integrator, as errors and adjustments are allowed. In addition, the non-intrusive implementation of digitalization allows an adaptation phase, a time to allow everyone involved in that process getting used to technology.

Take the example of a bolt manufacturer, who recognizes that the thermal process is vital to his business. The main thermal processes of this manufacturer are: annealing of the wire, final product quenching and tempering. Analyzing the responsibility of each process, we can conclude that tempering is the most critical thermal process; consequently, it is the process that must be digitalized first. After selecting the process, digitalization can begin with online monitoring and registering all current furnace sensors, such as thermocouples, carbon potential lead and motion sensors, without changing or affecting the current control loops. Knowing the entire behavior of the equipment brings many insights to operators, processors and maintainers. And at the same time, peace of mind, because no change in the hardware of the monitored equipment is required. The old process controllers continue to play their role, the only difference is that now you have an online registry of the controlled variables behavior. Large temperature oscillations visualized in the monitoring system, for example, may indicate that the controller PID adjustments should be updated. The gains sum of each possible improvement, through knowledge of the variables behavior, brings major increase in productivity and operational efficiency.

[email protected] Box is connected to the sensors (digital, analog, pulse, RS485, etc.) of the equipment, collecting its data, displaying it to the operator and saving it in the cloud servers through its 3G/4G, WiFi or Ethernet connectivity.

ReMo is an online platform that allows displaying current data or reviewing data in any history period.

As W. Deming said, "You don't manage what you don't measure!" Therefore, digitalization is a cheap and fast way to improve the management of your thermal process. 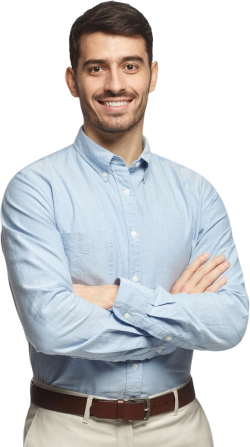